Analysis of the cat genome can lead to identification of genetic predispositions or mutations linked with certain feline diseases. To this end, these researchers have assisted in the preparation of DNA microarrays and test sampling using these arrays for genetic links to disease. These arrays can assess the entire genome of the cat within one project’s time frame, which is known as a genome-wide association study (GWAS). In this situation, the cats used for a GWAS can be from a population, not direct relatives. This is a large step forward in the field of cat genomics. 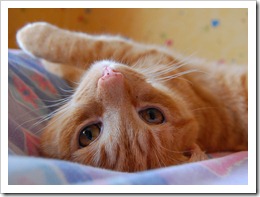 Each of eight projects in this laboratory assisted by this grant has led to the identification of candidate genes and one causative mutation has already been identified. Because of the support of the Winn Feline Foundation, this technology is now being used to examine potential genetic links to diseases such as feline infectious peritonitis, hypokalemia in Burmese cats, and myopathy in Sphynx cats. One manuscript on hypokalemia in Burmese cats is currently in preparation and eight additional publications are likely to follow.