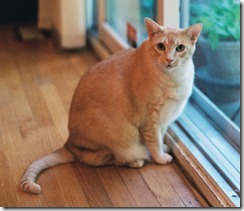 In the world of feline nutrition, L-carnitine is a conditionally essential nutrient that plays a pivotal role in fatty acid metabolism. The investigators in this study wanted to determine whether L-carnitine as a dietary supplement would facilitate weight loss in overweight cats fed a weight-reduction diet on an unrestricted or restricted basis. As well, they wanted to evaluate retention of lean body mass (LBM) during weight loss, and preferential treatment use of fat for energy expenditure. Thirty-two healthy adult colony cats were fattened by being fed an unrestricted, energy-dense diet for 6 months. The cats were randomly assigned to 4 groups and fed a weight reduction diet supplemented with O, 50, 100, or 150 µg of carnitine/g of diet (unrestricted for 1 month, then restricted). After weight loss, the cats were allowed unrestricted feeding of the energy-dense diet to study weight gain after feeding the test diet ceased.

Overall, the collective findings regarding absolute weight reduction do not suggest an obvious benefit of dietary carnitine supplementation in this respect. The results did indicate though that dietary L-carnitine supplementation appeared to have a metabolic effect in overweight cats undergoing rapid weight loss that facilitated fatty acid oxidation. This might explain why observations of supplementation with L-carnitine improved the probability of survival time in cats severely affected with hepatic lipidosis. A final phase of the study demonstrated the rapid rebound weight gain that may occur after substantial weight loss upon reinstitution of unrestricted feeding of an energy-dense diet. Some cats regained all weight lost during the study within 35 days after reinstitution of the energy-dense diet. [VT]