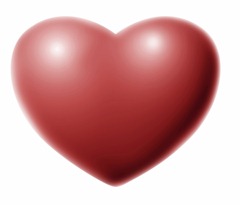 Dilated cardiomyopathy (DCM) is an uncommon form of cardiac disease in cats that can lead to congestive heart failure (CHF), aortic thromboembolism (ATE), arrhythmias, and sudden death. Taurine deficiency was found to be a major cause of feline DCM in 1987. Subsequent supplementation with taurine of cat foods has significantly reduced, yet not eliminated the incidence of feline DCM. This study looked at the effect of pimobendan on the median survival time (MST) of cats with non-taurine responsive dilated cardiomyopathy. Thirty-two client owned cats were divided into pimobendan (n=16) and non-pimobendan (n=16) treatment groups. All the cats received standard treatment of frusemide, taurine, and benazepril or enalapril. The MST of the pimobendan group (49 days, range 1 to > 502 days) was four times as long as the non-pimobendan group (12 days, 1 to 244 days). Pimobendan therapy appears to improve the survival time of cats with non-taurine responsive DCM. Pimobendan therapy was not associated with adverse effects in the cats. Hypothermia and fractional shortening (FS) of <20% were associated with a poor prognosis in cats. [VT]