For special cats who are loved by special owners

The grief one feels when losing a beloved cat is no different than losing any of our loved ones. In memory of your beloved companion, you can make a gift that helps every cat, every day. For a donation of $100 or more, an EveryCat Health Foundation’s Remember Your Cat memorial commemorates your special bond of love while funding the research and treatment that enriches the lives of countless other cats around the world. 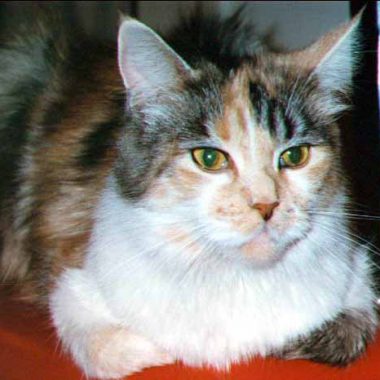 My first breeding female. You started it all. You will be missed. 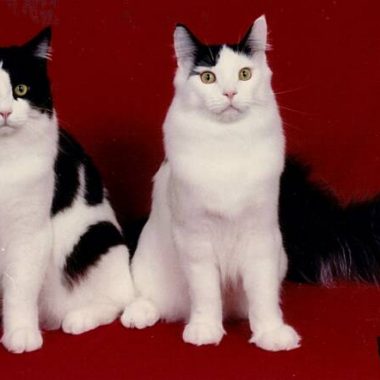 Mac (right in photo) is pictured with his litter mate, GC, RW Idlemaine Butler of Texas Belle DM. Mac and Butler were 8 months of age when photographed in Little Rock, Arkansas in September, 1996. These two brothers were real SHOW STOPPERS in their day as they attended CFA shows throughout the U.S. Mac was a kitten his entire life, playing and greeting all comers in his home with Pat and Darrell Idleman of Bethany, OK. Over the years, subsequent litters of kittens from the Idlemaine Cattery have been groomed and schooled in showmanship by Mac. He gave both his two and four legged family members many years of joy and companionship. Now, he is united with Butler as they romp waiting in a field of Texas Bluebonnets at the Rainbow Bridge to be joined by others who love them. Gone too soon, but absolutely never forgotten. 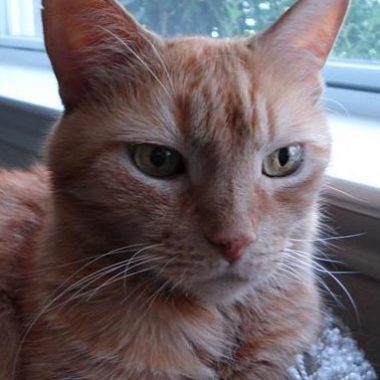 I’ll always miss my special little buddy, but I’m forever grateful for the 17 years I had with him. Goodbye my sweet boy. I’ll see you again one day. 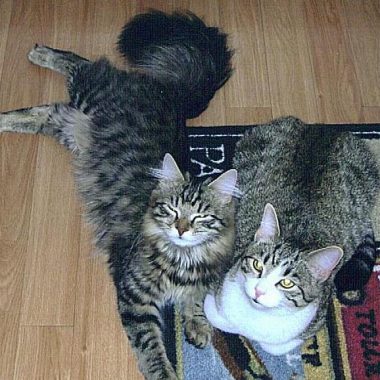 Our family vet ran blood tests when he was 2 months old due to weak back legs. He lived & blessed us for 3 years – wonderful personality, wonderful friend. 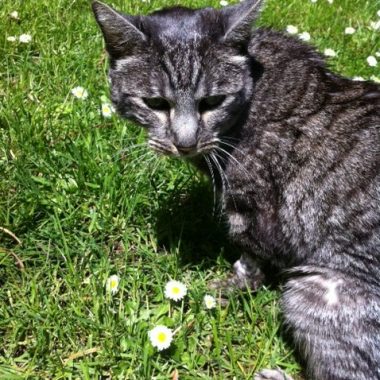 A Brave Fighter against kidney disease. In memory of dear little Luna. Sister to Belle, best companion to Rich, friend to Bjorn and many others. You are loved and missed little Luna. 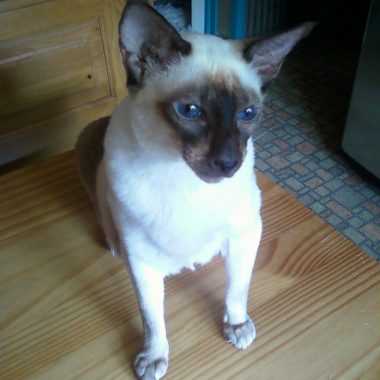 In memory of the sweetest spirit we have ever known. We miss you so very much Lily. You gave us a wonderful home. Forever in our hearts with love, 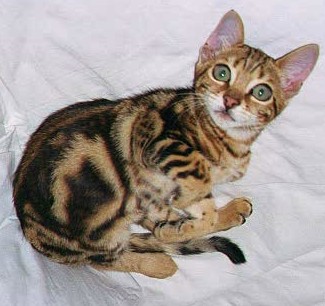 Sweetest creature ever born. Constant cuddler. Always happy, snuggly, and playful despite severe HCM. Never learned to hiss but loved to kiss. Adored everyone he ever met. A true inspiration. 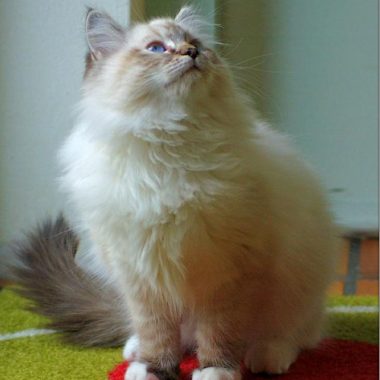 Far too quick did you leave us. We zullen je missen! 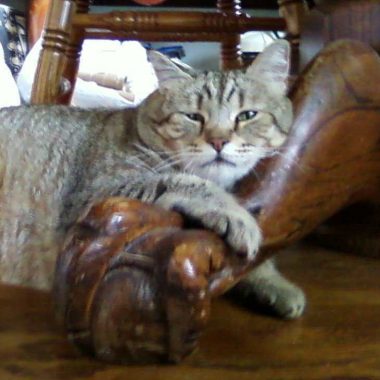 In memory of my best buddy and alarm-cat – Kita.

I miss waking up to the touch of a furry paw.

You were a rescue cat but you rescued me.

And I will miss you forever. Pixie-Bobs Rule! 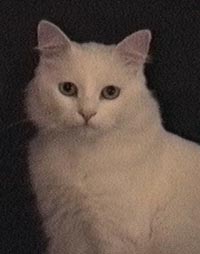 Kiki, my loved loyal buddy and Vanna’s big brother. Beautiful in body, strong and calm in spirit. You are in our hearts and memories forever. You are loved and missed.